History of the Institute

Today’s Institute of Petroleum Engineering was established in 1943, at the same time the Institute of Oil Research in Hannover was established. It was the third institute of mining about geology at that time in Clausthal. Teaching area was about oil and mining industry since 1920. Prof. Wilhelm Schulz, Prof. Dr.-Eng. habil. Hans Runge and Prof. Dr.-Eng. Hubert Becker had promoted the development of the institute during their time. The reason of establishing two institutes in Clausthal-Zellerfeld and Hannover about oil industry development, production and processing of petroleum was the increasingly growing meaning of oil for the energy industry. Also more valuable the institute history is connected with time, which makes the value of oil and gas more meaningful for national economy and the public central concern.

In 1973 the first so-called oil crisis was caused by the spectacular oil price increase and part of OPEC’s research boom for oil development of drilling technology, which enhanced exploration and oil recovery. During the next a few years many projects about flooding with polymer, tenside and carbon dioxide were developed in the Institute of Petroleum Engineering. Other research projects were about borehole and drilling technology for coal mining. The institute were equipped modern through research. The industries involved during the cooperation research, such as with BMFT.

In 1997 the Institute changed name for better arrangement of changed teaching content:

In 2001 Dr. mont. Peter Reichetseder took over the position of Prof. Marx. The two departments were changed names.

In the future the industries should plan the structure change by themselves according to the allowance:

Professors of the institute since its founding 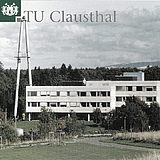 Professors of the institute since its founding

Our website uses cookies. These have two functions: Firstly, they are necessary for the basic functionality of our website. On the other hand, with the help of cookies, we can continually improve our content for you. For this purpose, pseudonymised data of website visitors is collected and analysed. By clicking on Settings, you can also select the individual cookies you wish to accept. You can revoke your consent to the use of cookies at any time, even partially. You can find more information about cookies on this website in our privacy declaration and about us in the imprint.